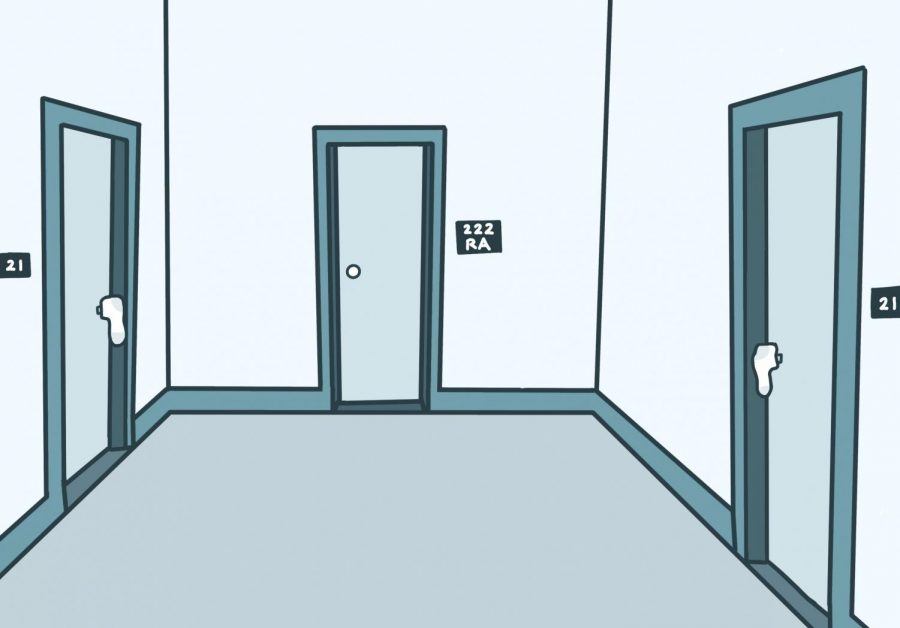 Former RAs discuss how they managed sex on their floor

When Kaley Oschmann was a freshman at Seattle Pacific University, her and her floormates were hanging out in their Resident Advisor’s (RA) room when the conversation moved to the topic of sex. Right away, it was obvious to the RA that few of her residents knew anything about sex. She saw this as a problem and decided that it was her responsibility to educate them.

Oschmann, who is now a senior psychology and criminal justice major, served as an RA on 1st East Ashton last year. She felt the same sense of responsibility to educate her residents about sex that her own RA did four years ago.

But for many RAs, it is unclear if they are allowed to speak about sex and they are confused about what enforcing SPU’s sex policy means.

Jacob Calton, a recent SPU graduate who was an RA on 5th West Ashton for the 2018-2019 academic year, described the training RAs were given.

“They never really talked to us in person about it. It was all, like, in our handbook as far as I remember. I just remember a lot of us were really confused because how do we define sex?” Calton said. “What are we calling sex because if I walk in on two residents making out that’s fine, but if they are, like, one step further is that sex?”

Calton said it was always made clear that residents were prohibited from any sexual acts both on and off campus, unless they were married.

Many aspects of their training, though, left Calton and Oschmann confused as to how they were supposed to deal with violations of the no-sex policy, and even how to define the act of sex.

They also both described the training as awkward, saying that it was obvious the administration felt uncomfortable about discussing the policy and decided to put a comedic, upbeat spin on training.

One of these training sessions featured a video meant to teach the RAs about consent. The video described consent using the concept of tea. Oschmann said the video argued that if someone offered someone else tea one week it does not mean that same person will want tea the next week.

“It was kind of like, ‘here is this video, moving on’ and not ‘how to apply this video to your role’ or ‘how to talk about this video with your residents,’” Oschmann said.

To Calton, these training sessions also seemed very broad and not entirely applicable to campus. He described a part of the training where someone came to speak about consent to students by saying that people need consent not just for sex but even for hugs.

“The person who came to talk on consent wasn’t from SPU and was kind of pulled out of context. So, I think the few people talking on consent didn’t understand SPU’s policies on consent,” Calton said. “It kind of just missed the mark because they were talking about entirely different areas of consent that were not really relevant to us. “

While being a very broad discussion, Calton did stress that the talk taught RAs that they had to communicate to their floor members the importance of consent in a relationship regardless of if they were participating in sexual activity.

Oschmann and Calton also described the complications of being charged with holding people accountable for following the sex policy.

While both of them never personally had to report anyone, they described the awkwardness felt by fellow RAs when it was suspected, but not confirmed, that students were having sex.

“I remember RA’s coming to me and being like ‘I just caught people, they were like touching each other, but weren’t technically having sex, like what do we do for that?’” Calton said.

Oschmann added that sex can be different for all different people regardless of sexual identity, so it was sometimes confusing as to when the line of “no sex” was crossed.

Oschmann also described how RAs she knew felt when they encountered people having sex.

“I think it felt very awkward [to report someone for breaking the policy]. I remember a few people on our staff got calls that people were having sex,” Oschmann said. “It feels kind of violating.”

Another aspect of the sex policy is how it affects the dynamics between the RA and the resident. Calton found that when people were reported for various offenses, residents did not always hold it personally against their RA, but that did not mean the relationship was not impacted.

“I can totally see how talking about sex or consent after encountering it could just totally ruin [relationships] … it would create a power dynamic between resident and RA,” Calton said.

While it may have been difficult to discuss and monitor the sex policy, both former RAs detailed the importance of having open dialogues with their residents about the policy.
Oschmann and Calton both mentioned the policy to their residents at the initial floor meeting, although, after that, it became difficult to create the dialogue.

“At the beginning of the year, when I was kind of explaining this policy to them, I was kind of like, ‘I want you guys to be safe and smart.’ And so, obviously, abstinence is 100% safe, but there are also so many other ways to have safe sex,” Calton said.

He also told residents that he was available for them to talk about any problems that came up. The priority for him was that residents knew to be safe, whether they were having sex or not.

To both Calton and Oschmann, the policy’s simple blanket statement of “no sex” felt, at times, confusing and, at other times, made them question how they could best enforce the policy while also keeping residents safe.

While both Oschmann and Calton did not think the policy was inherently flawed, they also stressed how the policy gives little room for exceptions for both the residents and RAs alike.

“I think it’s good to have a policy in place to care for students, care for their roommates, to make sure consent is given. I think having such a black and white ‘Don’t have sex. Period.’ It doesn’t give at all. It’s so authoritarian and legalistic,” Calton said.