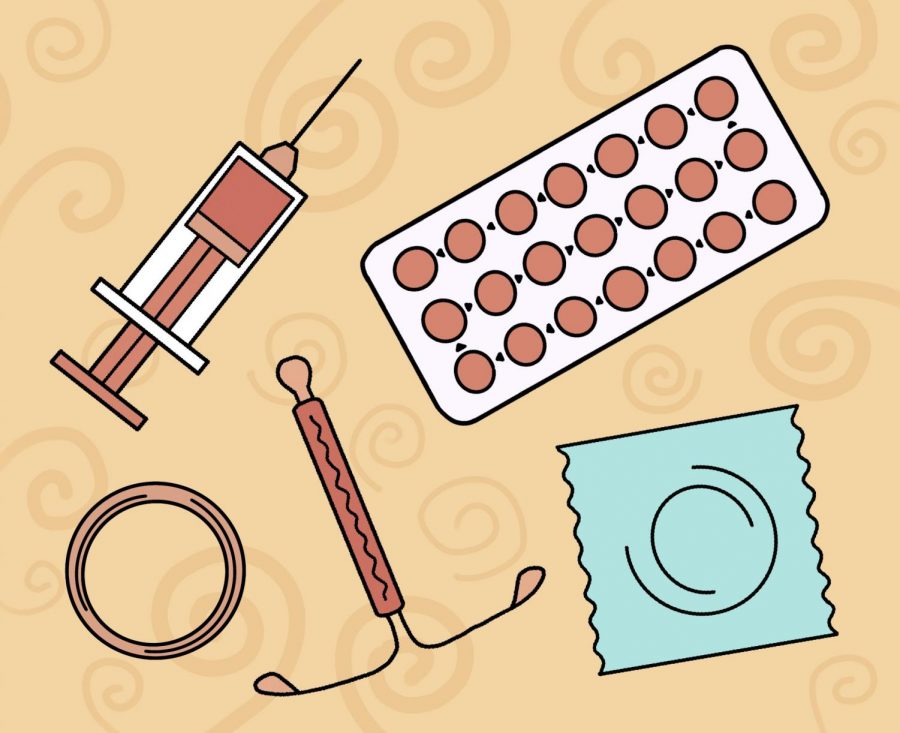 Women should not be the only ones responsible for contraception

The abundance and variety of birth control methods for female bodies, and the lack thereof for male bodies, implies that the resistance of pregnancy is solely a female problem — ignoring the fact that it takes two to tango.

A 2017 study by the Contraceptive Journal stated that if even 10% of heterosexual males began taking birth control, unplanned pregnancies in the United States would decrease by 3.5%. But, unfortunately, there are currently no FDA-approved male contraceptives.

A 2016 study tested a 96% effective injectable hormone that lowered sperm count, but was halted due to side effects which its participants ruled did not make up for its benefits. The side effects, listed in a 2016 article by The Atlantic, were “mood changes, depression and increased libido.” These, of course, are some of the exact side effects women have experienced since oral birth control was approved and began to be distributed for contraceptive use in 1960.

A study conducted by JAMA Psychiatry followed over one million women and found that those prescribed hormonal birth control were more likely to also be prescribed antidepressants. This establishes the dilemma many experience in choosing between their reproductive freedom and mental health. It also poses this important question: why is our culture tolerant of the uncomfortable side effects women are subjected to, while saving men from the exemplified scathe?

The implied expectation that women are to control contraceptive use in their heterosexual exchanges is a result of our culture’s normalized gender polarization, in which the care of children is thought to be exclusively a women’s issue. These beliefs were reinforced in the United States after World War II, when the Lanham Act (which provided subsidized child care to women working in the war industries) was rescinded and women were systematically fired from their war industry jobs as men returned from overseas.

For many white, middle-class American families, the post-War economy allowed for a breadwinner/homemaker family type supported by a husband’s sole wage. This encouraged women to strive to be homemakers: doing all the household and childcare labor for the family. This may have been a novel idea sixty years ago, but it is 2020. It is sexist and unfair that minimal contraception options are available to men. Instead, the burden of pregnancy always falls onto the female, who, in many studies, show to make 15%-20% less money than their male counterparts.

Additionally, pregnancy itself is not cheap. Information posted in 2011 by Planned Parenthood quotes the average abortion at $350 to $950 and, in early 2018, USA Today estimated the cost of raising a child at $233,610.

Here again, women are the inheritors of an inconvenience both parties benefit from.

This is a clear exhibition of androcentrism, the sexist cultural practice that centers the masculine point-of-view and marginalizes the feminine. The culture’s expectation that women are to be the sole responsible party for being contraception-ready is unrealistic and further taps into our embedded, but false, ideas about gender. Until there is a widely-available and equally effective birth control method marketed for men, we will not see this gap disappear.